Although the early ages of the Universe are shrouded in mystery, enormous flashes of light upset the apparent calm. They come from violent explosions that emit vast amounts of high-energy radiation. These “Gamma-Ray Bursts” are the most energetic events observed since the Big Bang. They are fleeting and unpredictable, yet their origin is uncertain. What physics are they hiding? Are they the messengers of the first stars of the Universe? Do they allow us to probe the past? These are the questions that SVOM aims to study.

A race against time

SVOM, the Space-based multi-band astronomical Variable Objects Monitor, needs to have a wide range of capabilities. Its first task is to locate the flash of gamma rays. They can appear anywhere in the sky, and they only last a few seconds. Gamma rays do not penetrate the earth’s atmosphere, so detection must take place in space. Using a worldwide network of antennae, the results from the instruments on the SVOM satellite will be transmitted to Earth to enable other facilities to study the burst. The major challenge of the mission is to determine the origin of gamma-ray bursts: what environment do they come from? At what period are they created? Only the detailed spectral analysis of their light can answer these questions; this is a task for the large terrestrial telescopes that will study their emission following the GRB.

SVOM will provide a precise location of the burst, and measure the initial explosion energy and intensity. Coordinated observations over a wide range of wavelengths from space and from the ground are the key to fullest understanding this astronomical phenomenon.

Witnesses of the past

Examined in all possible ways, gamma-ray bursts will no longer be seen as mysterious objects, but rather as great tools for understanding the unknown. They will provide information on the conditions of their formation, allowing us to better understand extreme astrophysics. Witness of the past; they will give indications of their host galaxies, and also on the Universe illuminated by their distant light.

Opportunity to study the transient sky

Thanks to the remarkable combination of instruments deployed both on the ground and on-board the satellite, SVOM enables a wide range other scientific studies. Research teams around the world can take advantage of this automated technology to observe transient cosmic phenomena, such as ephemeral objects or whose brightness varies over time; examples could include supernovae and sources of gravitational waves. The powerful capabilities of SVOM will ensure that it is an essential partner for the entire scientific community.

The SVOM project is the result of collaboration between France and China. Scientific teams from both countries have pooled their expertise for the design and implementation of the different instruments. The satellite is scheduled for launch in 2021 under the supervision of the two national space agencies, CNSA (China National Space Administration) and CNES (Centre National d’Etudes Spatiales). 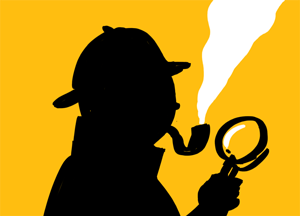 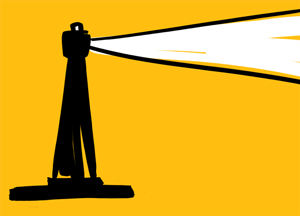